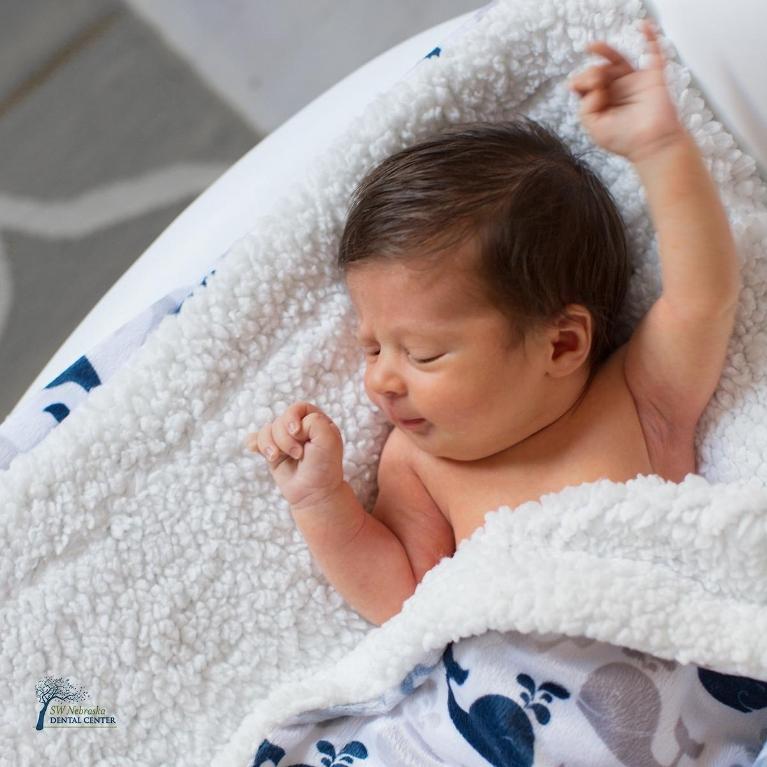 Having a tongue tie is not just an inconvenience, it can have an impact on newborn health, toddler speech development, and can lead to tooth decay and gum disease in older children and adults.

Luckily, it’s simple to fix and easy to diagnose. We hope you find this information helpful and encourage you to contact our office if you have any questions.

A frenum (also known as a frenulum) is a band of tissue that connects various parts of the mouth. They are commonly found under the tongue, behind the lips and sometimes behind the cheeks. Some people are born with a frenum that is too short or too thick, which can prevent the tongue from moving as freely as it should. Depending on the age of your child and their tongue’s restriction, this can lead to problems with infant feeding (breastfeeding or bottle feeding), speech development, eating solid foods, and more. Issues with frenums are commonly called tongue or lip ties.

Fortunately,these issues can be corrected through a simple surgical procedure called a frenectomy.

A frenectomy is a procedure to repair the frenum by eliminating its restriction. The goal is to remove excess tissue from the frenum to allow a greater range of motion in the tongue or lip. This can be performed with scissors or a laser and can generally be completed in minutes.

The age at which a frenectomy can be completed depends on the symptoms that the patient develops. There are no age or size limitations that would prevent a patient from having the procedure done. For newborns and infants,

the procedure can be completed as soon as they are discharged

A lip tie occurs when the tissue that connects the lip to the upper gums is too thick or too tight. Lip tie symptoms are mostly related to the frenum behind the upper lip. Sometimes the frenum behind the lower lip may create symptoms in older patients. A lip tie can cause latching difficulties in newborns and infants which can result in pain or discomfort for the mother when nursing. It can sometimes cause symptoms such as reflux or gassiness in your newborn.

The lingual (tongue) frenum is the small fold of tissue connecting the bottom of the tongue to the floor of the mouth. When the frenum is too short, it is known as a tongue tie. This prevents the tongue from moving as much as it should. The medical term for a tongue tie is ankyloglossia.

View the ADA Accessibility Statement
Turn on ADA Views
Need to schedule an appointment? Call us at (308) 345-2273, email us at office@swnebraskadental.hush.com, or schedule online by clicking the "Schedule Online" button!
Contact Us Today
Give Us A Call
Southwest Nebraska Dental Center - (308) 345-2273
Schedule An Appointment
Expanded Details View
This Patient's Experience
Loading Testimonial...
Loading Case...